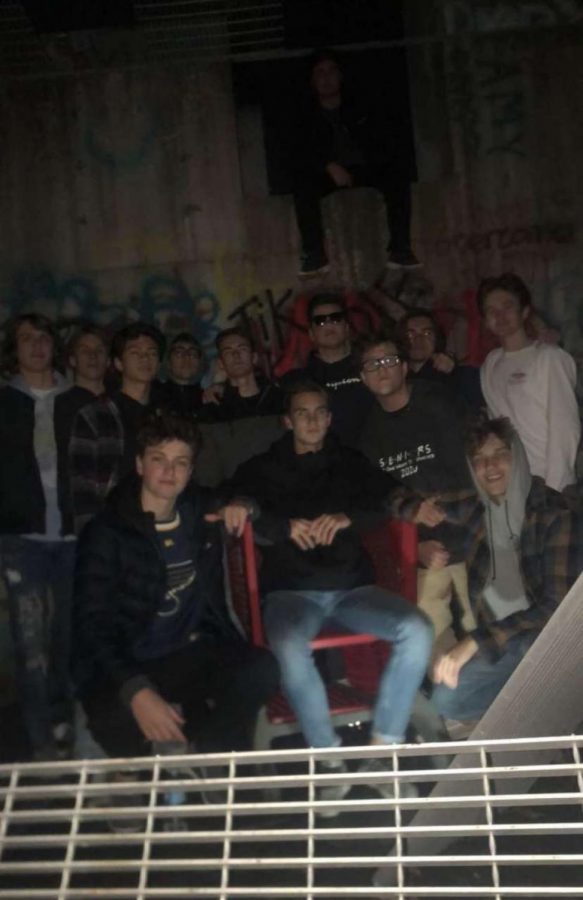 Despite never having recorded a song together before, the six friends unanimously decided that it would be fun. Even though the decision to record a song was very spur-of-the-moment, many of the group’s members do have musical backgrounds.

“Arthur and Evan, they are in music tech…but a lot of us have also been in choirs and church choirs before, so some of us do sing outside of school,” Hutchings said.

This variety of musical backgrounds and expertise allowed the Midwest Boys to skillfully produce a fully-realized song that includes multiple verses, a variety of beats and additional sound effects.

Although the song was created for fun, the group approached the project with immense care, as it took them over a month to write and record. Their passion for the song helped them persevere as they encountered challenges with making everything come together.

“You have to create a completely different beat, it has got to be catchy, there has got to be some rhythm to it, but then the lyrics, they have to be copacetic with that beat as well…it has to be this beautiful work of art, so it is hard,” Hutchings said.

The result of their hard work is a debut single inspired by today’s popular rap artists, such as Post Malone, Trippie Redd, and Drake; making the song a perfect listen for fans of these artists.

The Midwest Boys plan to continue their musical experiment, as their goal is to drop an album on SoundCloud before Christmas. According to Zmuda, they also hope to perform at this year’s Lindbergh Musicthon, so this will not be the last you will hear of the Midwest Boys.