Looking back on the odd, unique, awesome and horrible things that turned popular in the 10’s 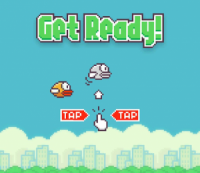 As the years fly by like minutes, trends and topics follow suit. The 10’s displayed a variety of things that interested the people of the world, some longer than others. Often some of the “biggest” things of the time periods are easily forgotten, but they’re worthy enough to refresh memories for the people who fueled the popularity.

The decade finally turns. Facebook had just previously came out and swept the internet. Adults chatted all over the app on their brand new Iphone 4’s. Plenty talked about  Justin Bieber, a 16 year old mega star pop singer, and a brand new show on the zombie apocalypse, The Walking Dead. Teen girls strutted around in new boots, UGGS, with Silly Bands stretched up their arms to their elbows. Boys occupied their time playing different games on the Wii. Technology seemed to rule the new year which made for an interesting start to the decade.

With angry birds on every Iphone, Ipad, Kindle Fire, and tablet, 2011 begins. Once again, technology is in full rule of people; as they’re listening to the new One Direction album while posting about it on, still, Facebook. Not much changed from 2010 to 2011. Everyone attached to screens, whether it was taking a picture of planking, Tebowing, or making a dance video to “Call Me Maybe,” it all still revolves around the new technology.

2012, the year of head to heads. Barack Obama and Mitt Romney square off in the presidential election, The Avengers and The Dark Knight Rises battle each other in the box offices, and Twitter gains more traction in the public than Facebook. Gangnam Style took the world by storm for whatever reason, life’s good.

In the biggest sports event of the year, the power goes out. Not too many groundbreaking things occurred in 2013, Breaking Bad came out, Michelle Obama got bangs, other than that, nothing much.

2014 was a very heartwarming year. The ALS Ice Bucket challenge started and it seemed everyone took part. Frozen aired and everyone loved it, who doesn’t love a good disney movie. It was a pretty awesome year, besides Flappy Birds rise to the top and turn for the worse.

The sports world gained a new star, Ronda Rousey, a UFC superstar becomes a champion and wasn’t getting stopped anytime soon, until she did.  Caitlyn Jenner introduced herself to the world. The Paris shooting caught everyone by surprise and brought attention to the soon common shootings. This is 2015.

The solar eclipse rolled around, that’s only a once in a lifetime thing. You probably snapchatted it. Oh, by the way, while Snapchat was released in 2012, it was taking over teens rapidly in 2017. Just what the world needed.

You should remember a lot from 2018, if you don’t, here’s a little of what went on. Black Panther came out, the boys that got trapped in the cave all were rescued safely, and Shaquem Griffin, the college football player who doesn’t have some of his hand and arm, got drafted by the Seahawks. Not to mention he got drafted to the same team as his brother. Oh and technology still rules the world.

2019, a fantastic year for St. Louis obviously with the new stanley cup champion Blues. Our president is trying to be impeached, talks of world war 3 heat up near the end of the decade, but hey, did I mention the Blues won the Stanley Cup?

The decade went by fast, with many incredible aspects but also some not so great ones. To say the least, the 20’ will be interesting. Nobody has any clue what will happen this decade, or even tomorrow, so sit back, and enjoy the 10 year long ride, it’s bound to be crazy.