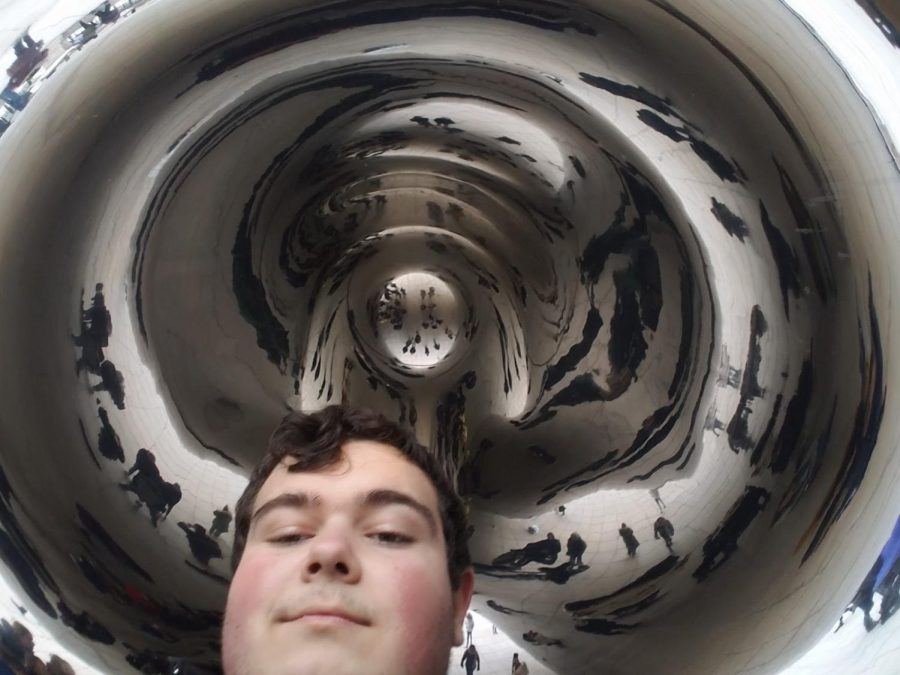 Slane poses underneath the famous Chicago Bean on the jazz trip with the school band.

For some, the desire to live abroad stems from wanting more than what the United States gives to its citizens.

¨I’ve thought about living in the Netherlands. It’s nicer out there, plus there’s free health care, better job security, and a cleaner environment. Catrina Pat (10) said

For others, the aspiration to move out of the United States could be the appeal of free college in many other countries.

Not only does living abroad help relieve the stress of college debt, but it relieves the stress of everyday social situations as well.

¨Having these independent experiences is something that I never had as I am incredibly introverted and neurodivergent so being outside of the country on my own is something I want,¨ Board said.

For other Lindbergh students, the plan to move abroad stems from the fascination with the culture and language of the country.

“I plan on living in a German-speaking nation…I speak German, which I learned mainly here at Lindbergh High School. We do not speak German in my household but my Grandfather spoke it fluently. I started out with a fascination for the language and the history of the country, but over time it became a part of who I wanted to be. I started taking German in middle school, and continue to take the classes currently,” Joseph Slane (10) said.